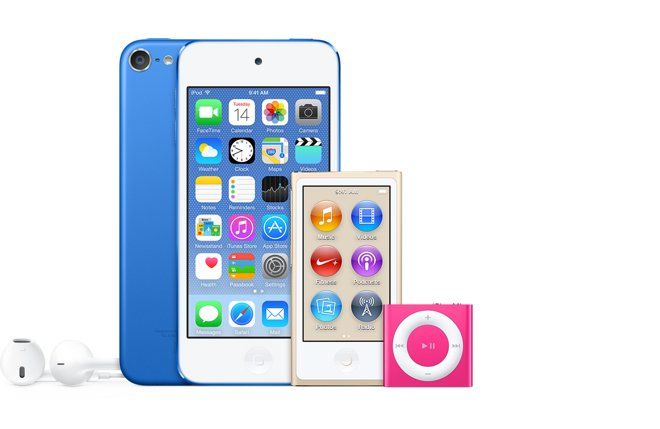 It's been quite some time since we've seen anything but iPhone and iPad updates. Apple Watch aside, devices like the iPod Touch 5th generation, iPod Nano, and iPod Shuffle have been due for an update for a few years.

A new report from pretty reliable French blog iGen.fr points to some images found in the new iTunes 12.2 update. While restoring an iPod in the new update, the user can see the iPod family in a set of new colors. The colors show the devices in gold, dark blue and bright pink, which are currently unavailable for purchase.

The blog suggests that the devices might be unveiled on July 14, according to the date show on the iPod Touch calendar in the images.

The iPod Touch 5th generation was released back in 2012, running a then-powerful A5 processor. The latest iPod Shuffle was introduced in 2012 and the Nano in the same year.

Unfortunately there's no word what features or hardware we will be seeing in the new devices. If Apple plans on continuing to refresh the iPod Touch every three years, the company will need to release a device that is semi-future proof. Either way, we'll hopefully see what our favorite fruit company has in store for us next Tuesday.

I wouldn't be surprised if this is the final refresh the iPod line will see.
You must log in or register to reply here.