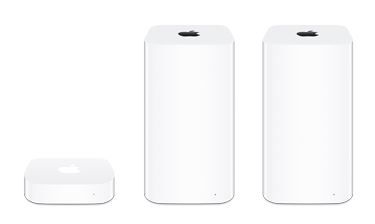 According to iMore, Apple will also help customers to find service and parts for the currently available AirPort Base Stations for 5 more years. It will also be posting various articles to help customers move on to other products and away from AirPort products.

AirPort was first announced by Steve Jobs at Macworld New York in July 1999, during the very early days of wireless technology. Back then, Apple wanted to provide support for Wi-Fi for all devices, not just for Macs, including routers, in order to help the technology become more mainstream. As Wi-Fi standards progressed, Apple continued to help the technology progress with its own products, including developments such as a built-in audio jack that connected speakers and enabled wireless music streaming that was introduced with the 2004 release of AirPort Express. Time Capsule, which launched in 2008, was another innovation from Apple, featuring a hard drive that combined with the Time Machine OS X facility to enable automatic and seamless wireless backup of a user’s Macs.

Source: RIP AirPort Base Stations: Why Apple is exiting the Wi-Fi router business

My Airport Express is the most reliable router I've ever used. Its range is fantastic. i can walk halfway down the block from my house and still get a signal. I'm sorry to see them go.
You must log in or register to reply here.

Apple is Running Out of AirPort Base Stations