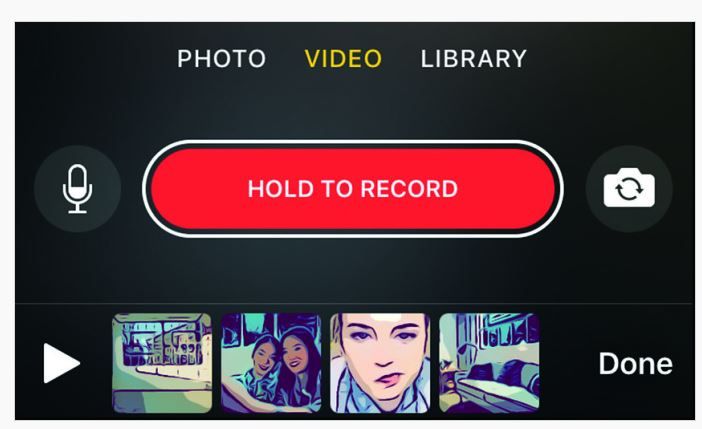 Despite that, though, it has not yet managed to break into the Top 20 apps in the U.S. App Store’s Top Charts, having only reached as high as number 28 so far. Compare this with the much less well publicized Music Memos app from Apple, which was just behind Clips at number 29 on the same day.

However, both Sensor Tower and App Annie say that Clips has already surpassed Music Memos as far as downloads are concerned.

App Annie also compared the performance of Clips with that of Instagram’s Layout in the Photo & Video category on the App Store. In its first four days of release, Clips was ranking around number 5 or 6 in that particular chart, while Instagram’s Layout was ranking between 17 and 35, and sometimes as low as 80 in the same timeframe.

As far as Clips worldwide popularity is concerned, the U.S. market currently has the largest share with 25%, China comes in second with 16%, and Japan, Russia, and Hong Kong make up the rest of the top five.

“The average user is not yet aware of it,” said Danielle Levitas, Senior Vice President, Research & Professional Services at App Annie. “They’ll start to become more aware of it through that network effect as people share these clips in Facebook, in Instagram, in WeChat.”

Source: Apple Clips scored up to 1 million downloads in its first 4 days
You must log in or register to reply here.

iPhoto for iOS Gets 1 Million Users in Just 10 Days