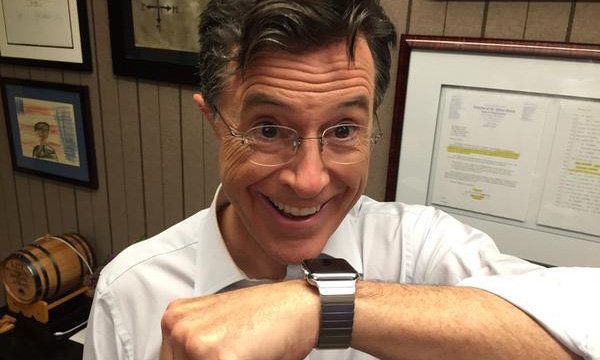 Apple CEO Tim Cook is scheduled to appear today on The Late Show with Stephen Colbert, according to a tweet coming from the talk show host itself. Colbert made the announcement via Twitter on Friday, saying the following:

"Siri, put Apple CEO Tim Cook on my calendar for Tuesday, Sept. 15. Oh, and come up with some questions to ask him."

Embedded in the tweet is also a picture of Colbert talking to Siri on his Apple Watch. Tim Cook is also scheduled to attend Box's annual Boxworks cloud storage conference on Sept. 28. Apple's boss recently appeared on "Good Morning America" and was also present at Cisco's annual sales conference.

Source: Stephen Colbert
You must log in or register to reply here.