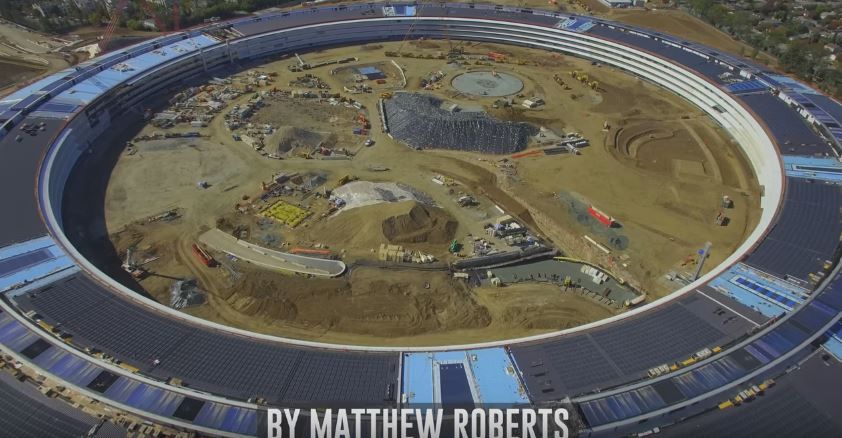 Exciting times ahead for Apple as MacRumors reports that newly released drone footage reveals that the space-age Apple Campus 2 is almost ready to be unveiled to the public after more than 2 years of work.

With the bulk of the important construction work complete, other elements such as solar panels are now being added. A new drone video from Matthew Roberts shows that the installation of the solar panels is around 50% complete. Other landscape additions such as the planting of a number of large trees around the campus grounds are now well underway.

Inside the vast ring, a garden, pond, and outdoor dining locations are all nearing completion. The inner area is also set to include jogging and cycling tracks.

Another drone video that has been posted by Duncan Sinfield reveals that the Cupertino City Council has given its assent to the partial demolition of an apartment complex called The Hamptons, which is right next door to Apple Campus 2.

Apple had originally intended to buy all 342 apartments in the block and own it outright, but when negotiations broke down and that failed to happen, it instead decided to renovate the parts of the building that it already owns, and create almost three times as many units.

Apple Campus 2 is expected to be finished by the end of 2016, with employees to start moving in very soon after in early 2017. Additional landscaping is set to continue throughout the year, however.