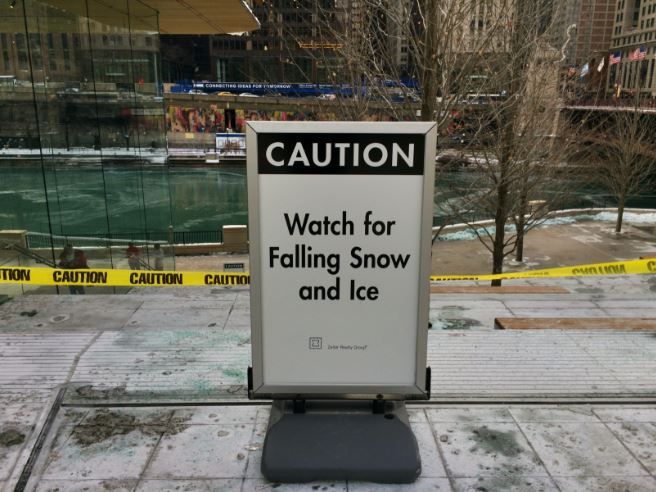 Last week we reported on the troubles that Apple’s new Chicago store was having with snow collecting on its MacBook-Air-shaped roof and then falling down to the street below due to the sloping nature of the structure. Apple actually had to close the riverside entrance to the store in order to ensure the safety of those walking past.

According to a report in the Chicago Tribune today, via AppleInsider, Apple spokesman Nick Leahy told the newspaper that the problem was actually caused by a fault in the rooftop warming system and not due to faulty building design from architects Foster & Partners. Leahy said that the system “needed some fine-tuning,” and was reprogrammed last Friday. “It’s hopefully a temporary problem,” he added.

Explaining a little more about the issue, Leahy said that although it is true that the roof doesn’t have gutters to trap the snow and ice and stop it dropping on people passing below, it does have a water drainage system, via internal support columns.

Source: Apple says Chicago store's snow problems are result of software issue
You must log in or register to reply here.