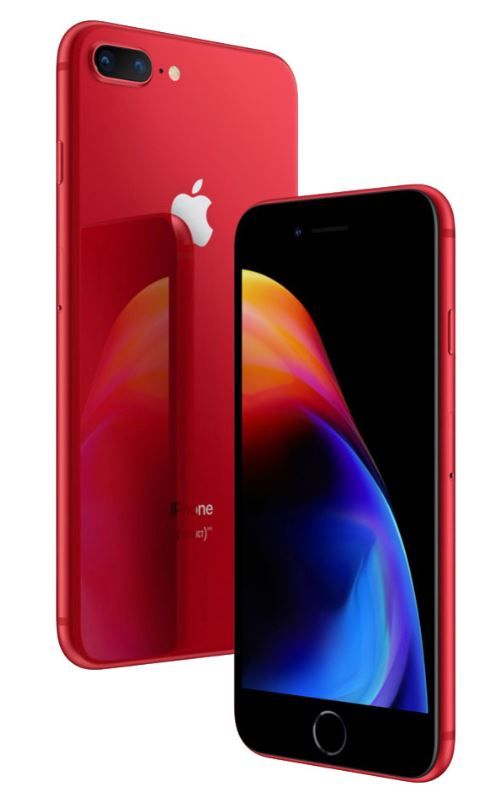 MacRumors reports that Apple has today announced (PRODUCT)RED Special Edition versions of the iPhone 8 and iPhone 9 Plus, which are available to pre-order from 5:30 a.m. Pacific Time tomorrow, April 10, ready for arrival in stores on Friday, April 13.

The new (PRODUCT)RED Special Edition phones will be available in 64GB and 256GB storage options for iPhone 8 and iPhone 8 Plus respectively, and will retail at the same price range ($699-$849 and $799-$949) as the regular editions.

The smart red finish has a black bezel, a change from the white bezel of the PRODUCT(RED) edition iPhone 7 and iPhone 7 Plus. Other than that, the new models are exactly the same as last year’s space gray, silver, and gold iPhone 8 and iPhone 8 Plus models.

The two new phones will initially be available in the US, Australia, Canada, China, France, Germany, Hong Kong, Japan, New Zealand, Singapore, and the UK at launch.

Later in April the new PRODUCT(RED) phones will be available in Brazil, Denmark, Ireland, Italy, Malaysia, Mexico, the Netherlands, Norway, Russia, Saudi Arabia, South Korea, Spain, Sweden, Switzerland, Taiwan, Thailand, and the United Arab Emirates, plus some other locations. Chile, Colombia, India, Israel, Turkey, and even more regions will get the new phones in May.

As well as launching the new iPhone 8 models today, Apple also announced a (PRODUCT)RED edition iPhone X Leather Folio, which costs $99 and is available to buy from tomorrow.

(RED) was created in 2006 by U2’s Bono and activist Bobby Shriver to help raise money for The Global Fund, which is a charity that helps those affected by HIV or AIDS, tuberculosis and malaria in eight African countries. Here’s (RED) CEO Deborah Dugan’s statement about Apple’s announcement today:

“Today's announcement is further evidence of Apple's leadership in and commitment to the AIDS fight since the beginning of (RED) in 2006. The more than $160 million Apple has donated in the last 11 years today equates to more than 800 million days of lifesaving ARV medication that prevents the transmission of HIV from mothers to their babies. We're honored that Apple has dedicated its resources to our purpose, and can't wait to see customers bring our mission to life through the purchase of iPhone 8 and iPhone 8 Plus (PRODUCT)RED Special Edition.”
Click to expand...

I love red but I won't be changing again so soon.

Poisonivy said:
I love red but I won't be changing again so soon.
Click to expand...

Just put a Product Red case on your iPhone.

Yes I keep thinking I'll do that or maybe a skin
You must log in or register to reply here.