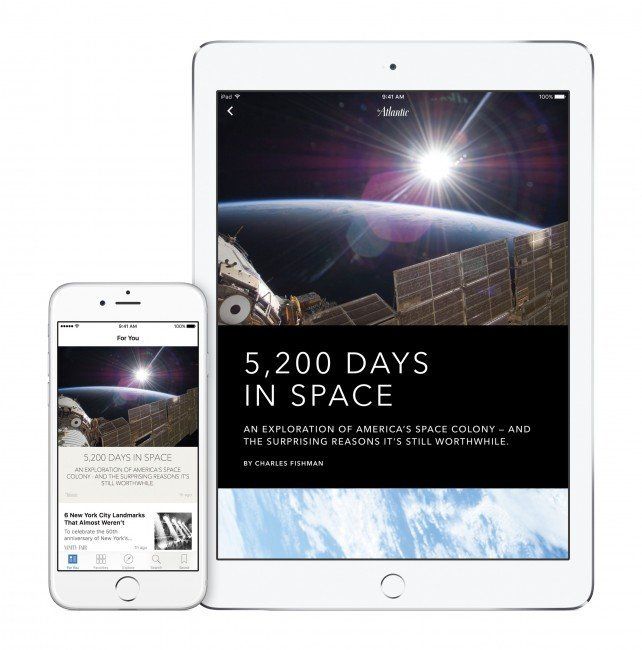 Apple has unveiled at the WWDC conference an all-new News app which has replaced NewsStand for iPhone and iPad owners. When it was announced, the app had 18 publishers signed up and it seems that there are now more than 50. Peter Kafka with the Recode publication shared some more details:

"Publishers are also happy about Apple’s terms, which allow them to keep 100 percent of the ad revenue for ads they sell on their own and 70 percent of the revenue for the backfill inventory that Apple will sell. Publishers will also get credit from Web auditor ComScore for the stories that users view, so they don’t need to worry about Apple cannibalizing their audience numbers."

Apple hasn't yet released a full list of publishers, but some names that have been already confirmed include the New York Times, The Guardian, ESPN, and The Atlantic, among others. Both iOS 9 and the News app are expected to become available for iOS users somewhere in mid-September.

Source: Recode
You must log in or register to reply here.