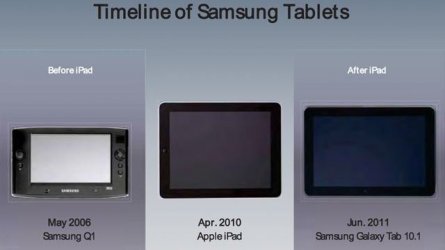 ​
The Apple-Samsung war has cooled off recently, but now it seems that the fight is getting more steam. And, once more, Apple is the winner. A Silicon Valley jury added $290 million more to the damages Samsung Electronics owes Apple for copying iPhone and iPad features. Now, the total amount the South Korean company owes to Apple for patent infringement is at $930 million.

For Apple, this case has always been about more than patents and money. While it's impossible to put a price tag on those values, we are grateful to the jury for showing Samsung that copying has a cost.
Click to expand...

Juror Barry Goldman-Hall added also his input on this matter

We understood that the money wasn't really an issue. This was about the integrity of the patent process.
Click to expand...

And heres what Samsung had to say:

We are disappointed by today's decision, which is based in large part on a patent that the US Patent and Trademark Office has recently deemed invalid. While we move forward with our post-trial motions and appeals, we will continue to innovate with groundbreaking technologies and great products that are loved by our many customers all around the world.
Click to expand...

The two companies could put an end to the legal battles with a settlement agreement, but it seems that neither one of them is ready for this compromise.

Source: TheVerge
You must log in or register to reply here.