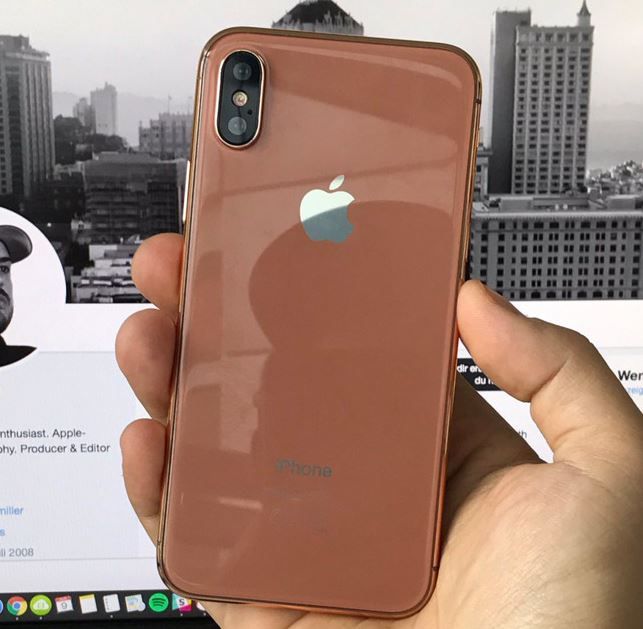 AppleInsider has some fantastic news today for everyone waiting for the new iPhone lineup, with DigiTimes reporting that according to its sources, mass production is already underway on all three new iPhones, despite other recent rumours that claimed that iPhone 8 mass production would not start until the middle of September. The source also said that there would be two LCD iPhone models and one OLED model, which ties in with the majority of recent rumours and leaks.

However, while the source says that production is going ahead on all three models, they added that there could possibly be shortages of the iPhone 8 OLED model, which is, again, something we’ve been hearing a lot lately, in particular from the usually very well sourced Ming-Chi Kuo of KGI Securities.

Elsewhere, yet more pictures of a mock-up of the copper-coloured iPhone 8 emerged today on Giga.de, via AppleInsider. Based on this dummy, this really does look like a very strange colour option.

I wonder when Apple will officially announce the iPhone 8 event?

iDan said:
I wonder when Apple will officially announce the iPhone 8 event?
Click to expand...

They'll have to at some point if they want the press to attend. There'll have to be enough lead time so reporters and invited guests have enough time to get to the announcement. I'm wondering if it will be the first official event in the new theatre on the new Apple campus. Apple wants all the publicity it can get, on its own terms.
You must log in or register to reply here.

Rumour: iPhone 8, iPhone 7s, and iPhone 7s Plus all on Schedule for October Release

All 2017 iPhone Models Said to be Delayed